So I work a lot with a photographer in OC name Mike Medby and I usually assist him on the photo shoots for Asics. Mike asked me to assist on this shoot but I couldn’t commit to assisting because I had my own photo shoot in the afternoon so I took Buzz up to meet the Asics and photo crew.
Holy smokes, he was a HIT! They practically ripped Buzz out of my hands and stuck him in the shot. He behaved so stinking well. He just sat there and looked as cute as possible.
This is Buzz’s last photo shoot. Kelli and I took him to the hospital that night and you know the rest….. 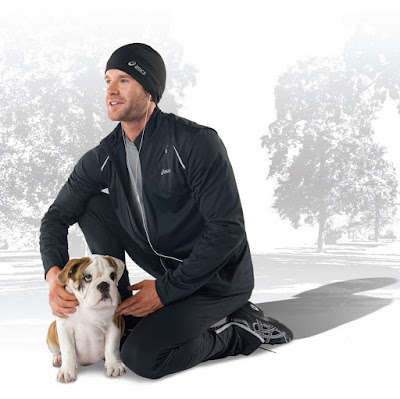 Buzz: to infinity and beyond

This is the hardest post and one I thought I wouldn’t have to do for a very long time. Last Friday night we rushed Buzz to the emergency Vet because Buzz wasn’t being himself and threw up twice earlier in the day. After getting to see the x-rays of Buzz’s stomach, we knew it was going to be an uphill battle. We figured out that Buzz got into our friend’s dog food that was super packed with fiber and it clogged his digestive tract. He ate so much that it was putting pressure on his little diaphragm and making hard for him to breathe. So we left him over night to get some enemas and clear out his system of all the food he ate. We thought that would be it but as it turned out when he vomited he inhaled some into his lungs causing him to get aspiration pneumonia and then it was all downhill from there. His little body did the best it could and tripled his white blood cell count to fight the infection. The vets gave him as many drugs as they could to help him out but it turned out to be too much.

His last day was the toughest. Buzz was in an oxygen tank and struggling for every little breath he could get. We left that morning with plans to come back at night but God had other plans. As we were down at Kelli’s work to get her substitute teacher plans ready, cause she wasn’t planning on going in due to Buzz’s condition, we got the call from the Vet that we were not expecting. Buzz stopped breathing. It was like my heart fell out of my chest and there was nothing we could do.

We drove up from Mira Mesa to San Marcos in record time to something we never wanted to go to. Knowing inside it wouldn’t make a difference, we gave it our best to see him one more time before his time was up. We didn’t make it in time. We walked into the Vet’s as they were wheeling him on the cart into a room so we could say our goodbyes. That was the toughest cause our little buzz wasn’t himself anymore, it was just his earthly body and not his joyful bouncy spirit which everyone loved him for. It was as if life was going so slow as I petted him and felt his little paws. I eventually lifted him off his metal bed and took him in my arms and sat on the sofa. It was so strange to feel a cold stiff body that was once warm and kissing me every chance he got. Fortunately, Kelli, my mom and James were there alongside me to comfort and console me but I still felt alone without my best four-legged friend there.

We went home after that and cried as we saw all his toys on the ground and collar on the counter sitting there as if it too was waiting for Buzz to come home. Holding his little stuffed bulldog and his collar, Kelli and cried ourselves to sleep till the afternoon. Knowing we weren’t going to be able to sleep in our own house for the night we went to our friends Debra and James’ house and slept on their floor. Sleeping that night was really tough and I dreamt of Buzz being Buzz only to be woken up by Debra yelling at me that she is pregnant. It is funny how God takes and gives.

So I made this video/slideshow of Buzz growing up. Its pretty close to his timeline give or take a few days here and there but it’s fun to see him grow up and become the Bulldog that stole everyone’s hearts. I ended the video with my favorite clip of Buzz where he is driving my car.

Please watch it and remember the good times and enjoy the happiest times of our lives… and his.

If dogs went to Heaven….

Dog beach is Buzz’s playground.
We went with our friends Deb and James to dog beach with their bulldog Gracie. Gracie took off like a horse running the Kentucky Derby and buzz did the more casual trot to see the other dogs cruising the beach. Being a bulldog owner, we try to find other bulldogs and make a cool club that only bulldogs can play in and we found Moose. Moose was 11 months and built like a tank. When i mean tank, I am talking 65lbs of solid muscle and full of manlyness. He was a huge ball of energy and still has 7 months to grow, YIKES!!!!! well Buzz was fearless and played with Moose like he was 65lbs not caring as he dodged, dove, dipped, ducked… and dodged. He snuck a few bunches and kicks in between Moose’s attempts to show Buzz who was boss. 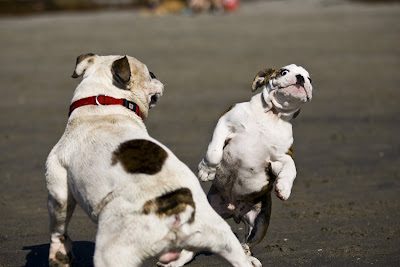 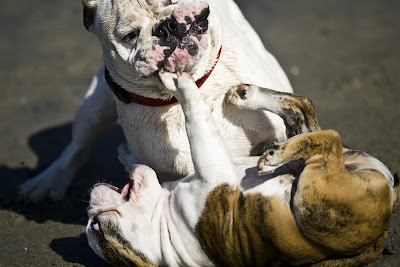 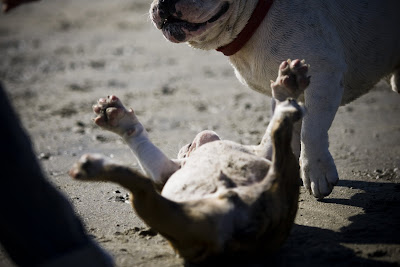 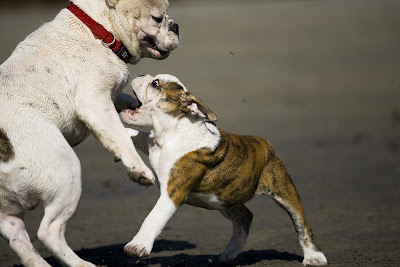 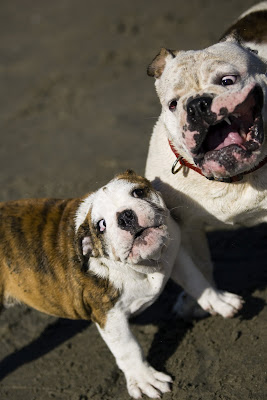 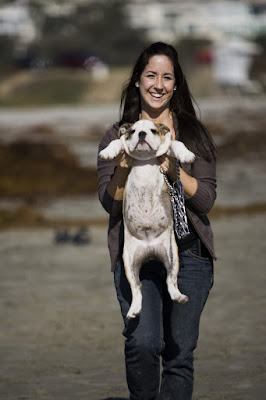 Eventually Buzz made it the water. Bulldogs are not known for their water skills but Buzz took it like a champ. He started slow then walked all the way up the the chin. He does this really funny thing when he gets in the water and lifts one of his front paws out of the water as if not to get it wet. Hopefully we can get him a life jacket and get him surfing soon and be the Kelly slater of Bulldogs. that will have to be another posting in the future 🙂 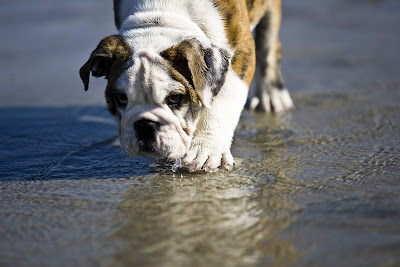 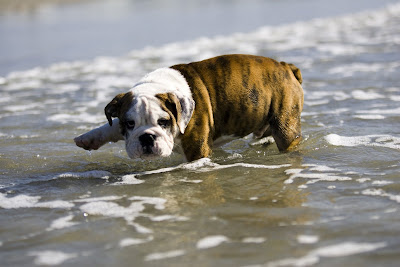 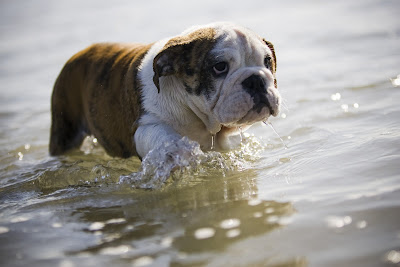 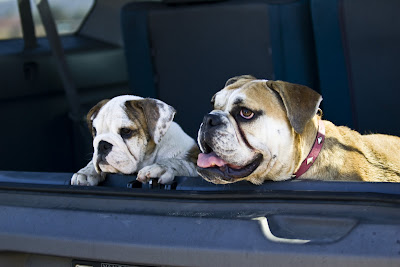